Worry Too Much? Mindfulness Will Help – Here’s How…

My mother was a "worry-wart."  That was how she described herself.

If you've never heard that word, it is a term used mostly in North America, and it basically means somebody that worries unreasonably.  (As an aside, worry causes stress, and stress makes you more susceptible to getting warts so the term actually has some merit.)

If she didn’t have something “real” to worry about (was Dad going to get that week off that he had requested so that we could take a trip to see the grandparents), she would make up things that COULD happen and worry too much about that.

Most of her apprehension seemed to be centered around me and what I might do.  Just because I had tried to light the grill by myself when I was 6 so that I could make a steak, she seemed to be concerned that I might do something dangerous…

Do you find yourself doing something similar?  It is particularly easy to do in times of uncertainty.  Your brain tends to go off into an explosion of “what if” scenarios that might happen in the future, most (if not all) of which will never occur. 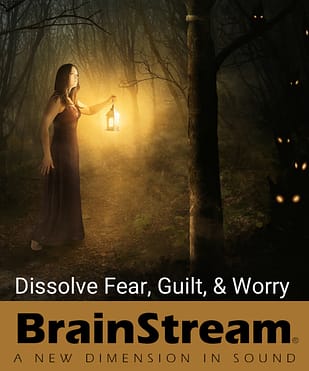 Remove Fear of the Present, Guilt From the Past and Worry About the Future.

Mindfulness to the Rescue

If you HAVE ever spent time worrying about future events, you know that often there is momentum that takes over, and your thoughts begin to spiral out of control.  You need to find something different to think about that distracts your brain.

Mindfulness is being aware of what is going on both within you and around you – in the moment.  That last point is key.  When you are observing the current situation, you are not projecting anything into the future.  My dog Augie is really great at this.  He has no concept of future, everything is happening now.  When I tell him that we are going to take him to the vets for shots next week, he just looks at me and goes back to his bone.  It is either happening now or it just isn’t happening.

Worry about going to the vets?  No way...

How To Be More Mindful

There is a lot of guidance available about how to be more mindful.  Here is one suggestion. First take a few deep breaths, then become aware of your surroundings.  Are you sitting, standing or lying down? What does the surface feel like below you?  What kinds of sounds do you hear?  Take another breath through your nose – do you notice any smells?

Check inside.  How are you feeling today – happy, sad, neutral?  Do you know why you feel that way?  How does your body feel?  You could do a body scan starting at the top of your head and working downward, noticing what feels light, what feel heavy.  Is there pain?  Notice it but keep going.

The more you practice being mindful for a few minutes at a time, the easier it will be to easily get into that state.  Some people like to practice mindfulness walking, where they try to stay present for each step.

How Can Mindfulness Put the Brakes on Worrying?

I wish I could have taught my Mom about mindfulness when she was still here.  It would have helped her a lot!  So often, worrying is based on projections of bad things happening in the future.  When you are being mindful, you are focused in the present.  When you are observing what is happening around you and inside of you, here and now, your mind cannot start making up endless stories of all the things that could go wrong.

And once you find that calm place of observation, it is far easier to look at events rationally.

"So often, worrying is based on projections of bad things happening in the future.  When you are being mindful, you are focused in the present."

If you tend to be a worry-wart like Mom, try practicing mindfulness from time to time through the day.  Then do it again the next day, and the next.  You will likely find that, without really trying, the time you spend worrying will get smaller and smaller.

Mindfulness is great at corralling runaway thoughts.  Another excellent tool is the BrainStream Dissolve Fear, Guilt, & Worry program, which merges the energy of sound with powerful affirmations and guided visualizations to open new neural pathways for positive thought patterns.  Click here to find out more.

Sallie has been interested in personal development for as long as she can remember. A former massage therapist, lifestyle counselor, and student of psychology, she has a passion around empowering others to reach their goals and become the best they can be.