Commitment – Making You Part of Something Bigger

Every new year a lot of resolutions are made about recommitting to something with renewed enthusiasm (rewind last year…). Sometimes these commitments are to a lifestyle change – or changes! – and sometimes they have to do with a personal cause or relationship.

How strong are your commitments?

A commitment is more than just a promise – promises can be broken. But commitment is a very powerful feeling and resolution that you will do everything you can to support the subject of your commitment.  When the going gets tough, the committed keep on going.

There are always those who SAY they are committing, but they ‘change’ their commitments in a blink of an eye.  Here’s a News Flash – those are not really commitments!  If the obligation is discarded at the first sign of a problem, it was merely a notion.

Merriam-Webster defines it as “the state or an instance of being obligated or emotionally impelled.”  Our lives can become richer and more meaningful as a result of our commitments.

Why Commitment Makes You Feel Part of Something Bigger

While relationships are often the subject of commitment, you can also commit to an organization, a cause, a lifestyle, a career, or a relationship.

When you make a commitment, you become a part of a bigger whole.  Here’s how:

Usually this refers to romantic relationships, but it could also be to a good friend or family member. By making the commitment, you become more by being part of that relationship.  Regardless of circumstances, you do everything you can to nurture and contribute to the relationship.

This is how I feel about my husband, Peter – the whole of our relationship is more than the sum of the parts.  I never felt like that about anyone before I met him, I certainly didn’t want to commit to anyone!  I’ll talk about that more a little later in the section about why people may find it difficult to commit…

This also makes me think of my Dad, who was married to Mom for over 70 years.  When she suffered a series of small strokes and could no longer control her bladder, he was constantly cleaning up after her. He never ever considered stopping until blood clots in her lungs landed her in the hospital where they realized she needed more care than he could give.

This is most commonly the company that one works for, but it can also be to a group or formal organization. Studies show that a company with a group of employees that are committed to the vision and values of the company, and feel happy to be a part of it, is a company that tends to thrive.  The key here is a sense of reciprocity where employees actually feel a PART of the company.

“Business leaders have led through the centuries by understanding employee psychology, employee emotions, and employee expectations, and by catering to employee needs in a manner that resulted in a win-win situation for both employer and employee. This situation guaranteed organizational commitment of the employee and in turn helped the organization realize its goals.” https://www.employmentcrossing.com/employers/article/900006766/The-Three-Types-of-Organizational-Commitment-of-Employees/

These are broad issues that some people tend to feel passionate about.  Causes exist around protecting animals, the environment, promoting health and/or safety, human rights, religion.  When you feel passionate about a cause, and you want to actively be involved, you become part of a larger group of people with the same concerns/desires.

A lifestyle defines the way that a person or a group of people decide to live.  It is a choice that some people make, not something that is forced.  Examples of lifestyles include a vegan lifestyle, Christian lifestyle, green lifestyle, minimalist lifestyle.  Lifestyle may include views on politics, religion, health, intimacy, and more. Choosing a particular lifestyle makes you a part of a group that values the same sort of lifestyle.

Sometimes people join groups that focus on a particular career.  But even without an organized group, there is often a lot of information sharing between people that are part of that same career that can give valuable insights.  Often people within a specific career feel a special bond with others pursuing the same type of work.

So what is the DNA of commitment?  The components of commitment are summed up nicely by Dustin Wax in this Lifehack.org article: The Nature of Commitment: 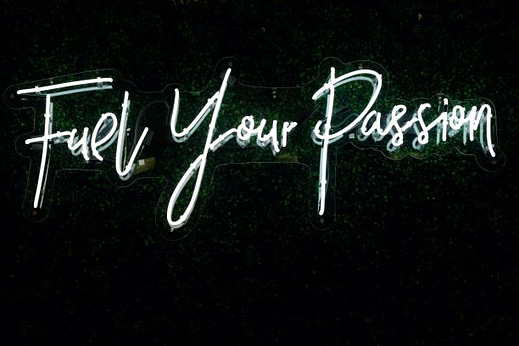 The subject of commitment is something you feel passionate about – you MUST do everything you can regarding your cause – whether it is protecting the environment or being with the one you love. 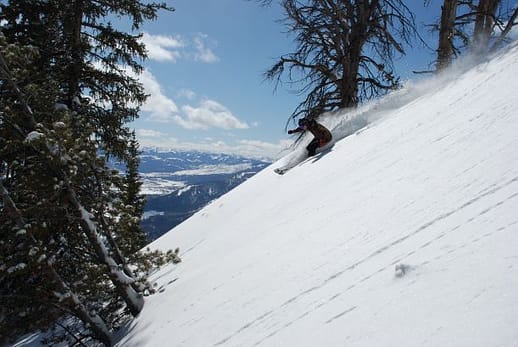 There is no lip service only here – the commitment is demonstrated over and over again, and anyone that pays attention can see that.

If you are not committed, you may shy away from something dangerous or distasteful.  But the committed do not shrink from these situations. “It’s the parent scrubbing puke from the carpet at 4 in the morning, the doting spouse helping their aged partner on and off the toilet, …the firefighter who charges into a dangerous fire because he or she hears screaming, the soldier who holds his or her ground while the rest of company flees.”

The cause or the other is more important than oneself – sacrifices are made for the good of the other(s).

This sounds contradictory to it being an obligation, but it is a choice, freely made.  It is the mother that loves and raises the child, regardless of how the pregnancy occurred.

Why Do People Fear Commitment?

Commitments are not for the faint of heart, or for those who prefer to spend their lives flitting from one thing to another.  But even when people WANT to commit, sometimes fear keeps them on the sidelines. Among the most common reasons that people are afraid of committing are:

They are afraid of cutting themselves off from something even better.  We call these people “Options People,” and they want to leave their options open.  There are so many possibilities, and what if they make a bad decision?  This can be a helpful strategy in the short run, to make sure there is enough time to consider possibilities, rather than rushing into a decision with little information.  However, at some point a decision is needed in order to move forward with SOMETHING!  If you keep your options open forever, you can only go so far.

They are afraid of repeating a bad experience.  This happens most frequently in romantic relationships, but can be applied to any type of commitment.  When you have had an ugly breakup or divorce, or felt betrayed by a partner or an organization, you may not be anxious to get back on that bronco.

I felt like that many years ago after ending a relationship that had gone on for over 6 years.  Over time I discovered the other person had a nasty temper, which became worse when he began taking anabolic steroids to improve his weight lifting.  Taking extra testosterone didn’t do anything positive for his mood!  I had wanted to leave that relationship for a couple of years, but was afraid of what might happen with his temper.

Fortunately for me, he had started seeing someone else on the sly and I found evidence that I confronted him with.  Now I had a reason to leave since he was the person at fault and I was free and clear.  As soon as I could, I headed to Australia on a programming contract – I thought halfway around the world might be far enough away!!

I wasn’t anxious to be in another relationship after that for many years.  To add icing on the cake, a couple of years later he shot the woman he was engaged to, and then took his own life.  Maybe halfway around the world really WAS a good choice!  Not being in a relationship seemed like a great idea to me for a long time after that.

Time is often needed after a bad experience in order to heal.  Eventually there comes a time, though, when it is time to put the past back where it belongs and move forward.

Attention issues.  Whether you are in school or working, interrupters are everywhere.  Whether it is texting on your phone, checking emails, reading news, or listening to advertisements telling you about what [they think] you should do.  It is difficult to commit to your studies, to your work, or sometimes even to family and friends, when attention is so scattered and unfocused.

Fear of failure.  What if you commit to a person, a career path, a cause – and it doesn’t work out?  There are those who do not commit because they do not want to fail.  The trouble with that is, by eliminating the chances of failure, the chances of success go away as well.  As Oprah says, “Failure is just information and an opportunity to change your course.”

Peer pressure. If your group of friends believes that staying single is a high priority, you may find it difficult to commit to a permanent relationship.  It doesn’t just apply to relationships either!  If they look down their collective nose at a cause you might be interested in, that could be enough to keep you from exploring it.  If they think a particular career is nerdy and uncool, you may choose something different even though you secretly find it interesting.

Commitment can make your life fuller and more satisfying by making you a part of something bigger than yourself alone.  It gives you motivation to do whatever it takes to continually improve the subject of that commitment, whether it is a relationship, work and career, or a cause you believe in.

Barriers to making commitments may exist in the form of fear – fear of missing something better, of failure, or repeating a bad experience.  It is worthwhile to resolve those fears so that you can experience the life of your dreams.

If you are someone that wants to make commitments but is having difficulty, our BrainStorm Commitment program may be exactly what you need to help you more clearly find your path, release fear and doubt, and decide with clarity and conviction what is most important to you.

Commitment can make your life fuller and more satisfying by making you a part of something bigger than yourself alone.  It gives you motivation to do whatever it takes to continually improve the subject of that commitment, whether it is a relationship, work and career, or a cause you believe in.

Encourage Decision-Making and Sustain Commitments to People and Projects

Sallie has been interested in personal development for as long as she can remember. A former massage therapist, lifestyle counselor, and student of psychology, she has a passion around empowering others to reach their goals and become the best they can be.