What Is the Connection Between Sugar, Insulin and Dementia?

Dementia is a subject that has become of more interest to many of us these days, as we see the devastation caused to our loved ones or in other families close to us.  As reported by the Alzheimer’s Association, the number of Americans that are living with Alzheimer’s is growing and only 33% of those people are even aware that they have it!  Here are some quick statistics that you may not be aware of:

These are sobering facts.  With that in mind, we wanted to share with you this article from DGIwire which found a link between sugar and dementia. 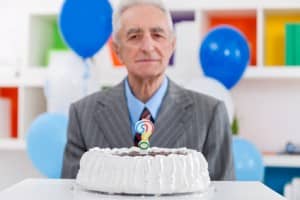 (DGIwire)   In the Framingham Heart Study, researchers from Tufts University analyzed blood samples from 840 participants.  They found high levels of a hormone called adiponectin in the 159 participants who subsequently developed dementia.   Although the connection was found in both men and women, there were not enough men in the study to draw a definitive conclusion. However, they found a consistent pattern in women.

Adiponectin is a hormone found in body fat that is known to work with insulin to deliver glucose to the brain.  The results surprised the researchers because adiponectin was thought to be beneficial, decreasing the risk of diabetes and heart disease.

Diabetes has been linked to dementia in some previous studies.  Some experts believe that dementia is triggered by the way the brain responds to insulin while others believe it was somehow linked to obesity which is often connected with diabetes.  However, this finding should result in a reevaluation of this thinking because most of the 159 people in this study were not obese.

What is most important is to recognize that there is a complicated connection between our metabolism and all chronic disease.  In this case, insulin response seems to be directly connected to dementia and it doesn’t matter is a person is obese or not.  There are many diabetics who are not obese.

“Overloading our body with a constant supply of concentrated carbohydrates is not a good idea because it results in higher insulin levels to properly manage excessive blood sugar levels.  Chronically elevated levels of insulin are not healthy even if someone never develops diabetes.  There have been other studies which link dementia to a blood sugar related process known as glycation.  Glycation is a process where sugar and protein molecules combine to form a tangled mess of tissue.  Continually high blood glucose promotes glycation, as well as other aging processes and degenerative diseases, according to Tom Griesel, a long time health consultant and co-author of the health book TurboCharged.

Tom Griesel adds, “If both glycation and insulin are to be reduced, then so must the intake of sugar from the diet.  Most people recognize the obvious sugar sources.  However, it also comes from all starchy foods, whole or refined, most of which are converted to 100% sugar once they are broken down and digested.  These foods include potatoes, rice, pasta, and all grains, including bread.  To reduce glycation and harmful levels of insulin all these foods should be greatly reduced or in certain cases eliminated entirely.”

Our staff writers come from various backgrounds in the neuroscience, personal development, brain science and psychology fields. Many started out as with us as contributors!