The New Science of Neurocoaching

By Robert I Holmes

Four years ago executives around the world were asked by Sherpa Coaching about what sort of background they thought would be helpful for a coach. Psychology and counseling came in as the “least desirable” on the list. What was on the top of this year’s Executive Survey (2014) by the same firm, however, was the specialist field of neuroscience as a desirable background.

As a result, coaches are gearing up and I am no exception. Leaders in our company have become founding members of an emerging Neuro Coaching Institute in Australia. What exactly is neurocoaching? Well it is the latest in a long line of brain related disciplines that gather under the banner of “neuroscience”. Let’s talk about that for a moment.

Broadly defined, neuroscience is a combination of medicine, physiology, applied psychology, immunology, the study of human behavior and some hard core imaging in big, white, expensive machines. The industry has existed since the 1850’s (obviously without the machines) and has evolved over four distinct eras. These are of interest because when you’re reading the literature or chatting to a colleague about this fascinating subject you can hear which of these eras they are coming from.

It’s easy to get lost in the world of “neuro” everything, so here’s a dummies guide to the departments in this giant industry…

Mechanics. People have been cutting up the brain and describing its components since the time of the Egyptians. Those who study brain structure are called neurobiologists. This mechanical understanding is often descriptive. For example, “This is Broca’s area and it processes language.”

Electricians. Brain science was profoundly altered in 1902 when Camillo Golgi and Ramón y Cajal discovered that neurons have an electrical charge. Those who study neurons are called neurophysiologists. They invented, among other things, electro convulsive therapy to fix things.

Chemists. The next big shift came in the 1962 when Bernard Katz discovered cross synapse communication and Henry Hallett Dale who studied neurotransmission. This lead to a plethora of drug based remedies, dished out by neuropsychiatrists to add back missing chemistry.

The jump off point

In the last ten years at least five distinct application disciplines have emerged, each of them very new (for obvious reasons). These are:

• Neurolinguistics: understanding how we comprehend, filter, learn language, use self talk and how beliefs are formed.

• Neuropsychology: focuses on brain injury, brain trauma and the assessment of cognitive function.

Central to a coach’s interest is the discovery of neuroplasticity – the idea that the way you think can physically alter your brain at the neural level and reverse previous learning, impairment or damage. Here in Australia, Todd Samson popularized the applicability of this field in his series “Redesign My Brain” for the ABC. In doing so he also showed just how accessible neuroscience is, especially for those who wish to use it without having a doctoral degree.

One of the things we have learned is that neurons that fire together wire together and those that fire apart, wire apart. So the more you practice something the more embedded it becomes, or the more unconsciously competent you get at it.

At its core, coaching believes in a person’s ability to examine their beliefs in order to change them. As a result their behavior and experience of the world changes too, and they can get the outcomes they desire. Neuroscience is proving the same belief through neuroplasticity. When you think different thoughts, especially changing your inner dialogue or self talk, you will get different neurochemistry (feelings) and outcomes. The more you practice a new state, the more it becomes the default setting.

This explains in part why our company has signed up to become part of the emerging field of neurocoaching. We are collaborating with research scientists, coaches working with trauma sufferers and exposing our coaching to the scrutiny of evidence based research. We think neurocoaching is the future. But let me make something clear. Just knowing which parts of the brain fire up when we look at a psychological test inside a brain scanner does not take us there. Describing neurology and affecting performance are a long distance apart. 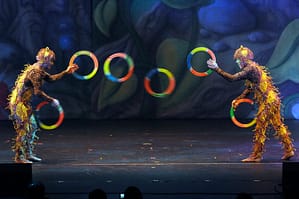 Once we know juggling improves memory (which oddly enough it does), you still have to practice juggling and recitation of facts. Once we know rapid eye movement desensitizes trauma (which again it does), you still have to go to EMDR therapy for six weeks and the results are not permanent. That’s where coaches come in, because they can grasp what the doctoral students have learned (described) and walk you through skill development and strategy deployment. I eagerly await the future, watch this space.

Robert is an expert in the science of human behavior and performance enhancement with a passion for neurology, leadership and unlocking human potential. Robert is a professionally certified coach who works with elite athletes, executives, military personnel and those seeking to wring the absolute most out of life.